The latest update on our two boys, Flynn and Ethan, who are petitioning council on a multipurpose skate park in the Northern Beaches, has taken an interesting turn … with the boys first introduction to both the Mayor and Councilors.

Greg Williamson!   The boys not only got to formally meet the Mayor on Monday the 19th of September, they delivered their 100+ signatures of support.  The Mayor was suitably impressed, given they had gathered this in a matter of a week leading up to their meeting, and were clear examples of youth leading the way.

Presenting a voice for the youth of Mackay

the boys were able to engage the Mayor with both of their views on why Mackay’s Northern Suburbs requires this park. By highlighting how it would remove the danger of children on the roads, who entertain themselves with bikes, skates and scooters in the neighboring streets, all backed with statistical figures.

was also another element the boys were keen to provide suggestions on,  via the pursuit of grants and community fundraising as a means to assist in the building component.  They also sort Council’s support with land allocation.  In addition, the boys presented information on building costs for similar parks found in the Gladstone region, that have been erected or enhanced upon, during recent years.

Gaining the opportunity to present before Council

was bestow upon the boys, given the amount of research they had conducted, and petitioned signatures gathered, leading up-to the scheduled meeting.  As a result the Mayor offered them the opportunity to conduct a three minute presentation to the Council Committee at 10am, Wednesday the 28th of September, before the 2017 Council budget cut-off.

The Mayor then preceded to interrupt the Council meeting that had commenced, so that he could introduce the boys, and advise them of his invitation.  Noting also that this petition would be chaired into the next meeting, so Council members could consider the petition for either individual or joint allocated Council awarded funds, and for future projected works.

Our lads have done well to reach thus far.

But this is where, we need your support …

In turn, we are now inviting the public to come and support the boy’s efforts, to demonstrate that their is a wide and diverse group of residents keen in obtaining these facilities for this district, and whom support their ambitions to achieve this community aspiration.

Please voice your support by posting to the Northern Beaches Skate Park Support Page on Facebook, liking & sharing this news with your family, friends and neighbors.  Let’s make this movement into a reality folks! 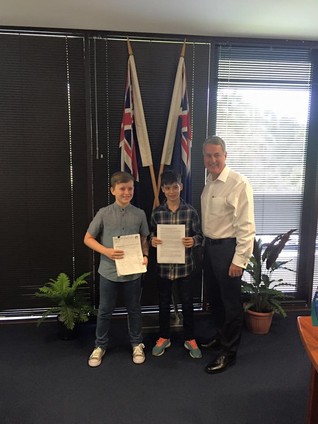 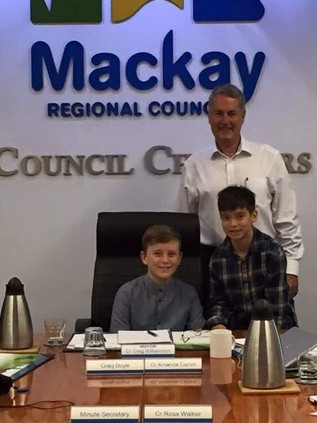 Please note that Ray White Mackay City’s involvement in this project results from family connections with our staff members. Our Office in turn is offering a platform to help get this message delivered to the community, and aid the project to come to fruition.