We all remember being afraid of the dark … right?

I sure do!  I use to have to go down a dark hallway to get to my bedroom.  It was so dark, you couldn’t see very far in front as the ‘black’ swallowed you up.  So I use to slide along the wall, until I got to the doorway, then quickly slide my hand along the wall looking for the light switch!  As kids the unknown is just plain scary!

No need to fear little ones, the Mackay annual Twilight City – Spooktacular Event, is all fun based and due to make you scream you socks off, for all the right reasons.

This year we have taken the nominated ‘Spooktacular’ theme to a whole new hair raising concept … by introducing the Monster Inc characters into our Office styling.  We decided that these fluffy, spikey, yet adorable characters needed to make a special re-appearance, to help cater to the small people who are not quite into the more gruesome elements of the spooky realm.  Who doesn’t like the big fella Sulley and his laughable round friend Mike, and their crew of #Screamers. 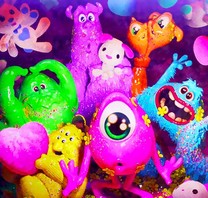 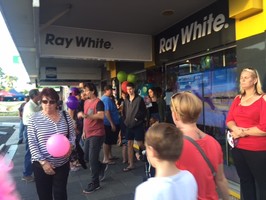 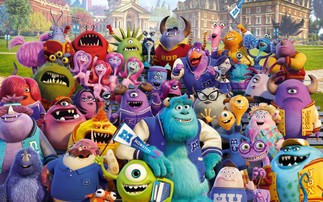 So we opened our doors once again to the wider public, with many returning to sample this year’s theme, with the return of our Pop-up Photo Booth, and a ‘new’ element this year … the Scream Machine.

Our photo booth incorporate two sections, one with a mural wall full of Monsters, and surrounded with props for a party atmosphere that these Monsters are well known for. An array of ‘sloganned’ expressions on hand held sticks, and cut-out character props at hand to tszuj up the photo scenery.  The second section, was a mock set-up of Boo’s room, from where the Monster characters introduce the ‘exchanging doors’ from which they enter the children’s room to obtain their screams. 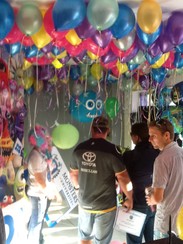 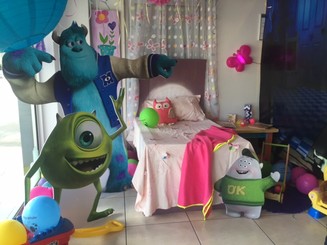 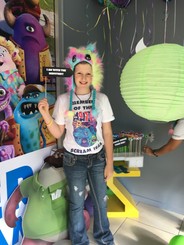 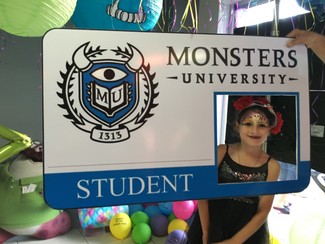 The third section to our fabulous Office set-up, was no doubt the #Scream Booth, where the youngsters got to let go of their inner inhibitions, by screaming into a funnel that captures their screams. As the children scream into the microphone funnel, a light-sensor activated grid indicates the scream intensity as it converts it into energy for Monstropolis.

NB:  The louder the scream the more energy you create for Monstropolis! 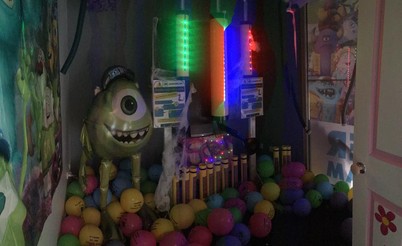 Mike Wazowski, was also on hand to provide that all important critic on their scream techniques, before the children then proceeded to the ‘Certificate Station’ to receive their Monster University Diploma, and ‘Dummy-Teeth-Popsicle’.

These ‘Popsicles’ proved to be popular with the children.  With others wanting to find out where these had been obtained, and drove the children to our location, like Hazel & Gretel to the Witches Gingerbread house.

On exiting, most made use of the photo booth opportunity, before hitting the streets again. 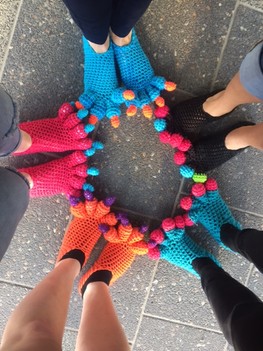 From the RayWhiteMackCity #ScreamTeam, we would like to thank our sponsors Greg Cook Traditional Signs for the printing sponsorship and our awesome crew who put in long hours making the #ScreamMachine, #MonsterFeet and decorating skills into action (especially after the #BalloonGate incident!)

We hope we delivered another #Scaretacular event to the community of Mackay.  And as we sign-off, remember as the MOTO goes, “We Scare Because We Care!”