A new streetscape … a new shopfront !

Ray White Mackay City #RWMackCity, has taken to upgrading it’s shopfront to maximise on the rejuvenation program taking place in Mackay’s City Heart /CBD. And to emphasis our belief & committment to the region that we work, rest and play in.

The revitalisation program, developed in late 2011, gained momentum when Mackay City Council undertook an application for a $18.6 million rejuvenation plan for the city centre, through joint funding under the Federal Goverment’s Regional Development Australia Fund.

Earlier in 2012, Cr Martin said they would be presenting a highly competitive proposal, but stressed this was just the first stage in our modernisation of the city centre. “This is a visionary decision which looks to enhance the wellbeing and economic development of our city centre”.

The $18.6 million plan centres around revitalising both sides of Victoria St, from Sydney to Gregory Sts, and Wood St from Gordon to River Sts. Restoration work on the heritage listed Pioneer Shire council building in Wood St, as well as major underground works. The scope of the revitalisation project includes improvements to lighting and CCTV provisions.

In late June 2013, Mackay Mayor Deirdre Comerford made the announcement of the city’s application win, and noted that the city centre hadn’t been touched in almost 20 years. Cr Comerford said the $18.6 million upgrade was expected to return an estimated $111 million in economic benefits for the region.

The 1.3 million tourists who visit Mackay and its surrounding regions annually will benefit from the refurbishment of the historic Pioneer Shire Council Building, parklands and a new streetscape. The works will also include decorative pavements, new street furniture, water fountains, street and landscape lighting and shade structures

Now 2015 we near the final stages of the project, with only a month to go, before Mackay city centre Traders and the public are able to celebrate the completion of this project.  To help these celebration go out with a bang the Regional Council have opted to combine it with Mackay’s second annual Street Party, & as a send-off to the project.

Due to the popularity of the Street Party with Traders and public alike, it is befitting that it is timed to finish with the revitalisation program.

And there has been many a spin off announced during the revitalisation, such as the iconic building ‘The Dome’ in our City Centre announced to be fast-tracked for a new modern library.  As well as the announcement of the old Retravision building being leased.

As they say … continue to watch this space ! 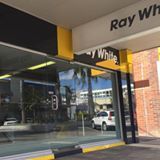