Petition for a Skate Park in Northern Beaches Area

We are asking the community to not only get behind this petition to build a skate park in Blacks Beach for our youth, but show action by signing the petition.  Change.org – Eimeo / Blacks Beach Skate Park

has little to no facilities available for children to entertain themselves.  In fact taking into account the whole of the Northern Beaches area, it has two sports fields, a Surf Life Saving Club, and is quite a distance from the closest skate park located in the Bucasia Shopping Center Complex.  Which makes it difficult for children to make their way there on their own, without the assistance of their parents.  When they do, the existing facility located in Bucasia is too small to cater for the growing number of children utilising the venue.

It resulted in a simple question.  When one child asked another, couldn’t they have the same facilities as his mate had in a nearby suburb.

As the saying goes, once the seed is planted watch it grow!  This duo’s question, soon became a quest between friends, and in turn encouraged the parents, their work colleagues and associates to want to assist.  The two boys Flynn and Ethan, not only decided more could be done, they illustrated it by action.

Flynn sent their request to the Mayor, asking for assistance.  Followed shortly after, was the discovery of this petition.  It had been created in Change.org by another local child, also seeking similar facilities. So began the plug to push the signing of this petition on social media, at first as a bit of fun for the boys to get excited at watching support grow.  The petition was initially sitting on 20-25 supporters when we found it, and has since moved to 226 in 3 weeks.

Attention to the project soon grew

and along with this came the attention from a local councilor, and the Blacks Beach Neighborhood Watch committee, who directed the boys to obtain a formal petition to take to the local council. Shortly after, a reply from the Mayor calling for a meeting with the boys resulted, and is due to be held mid-month.  The boys aim to have commitment from Council to allocate land space to the assigned project.

Leading up to the meeting, the boys hit their local school to receive more than 100 signatures, with the hopes of visiting additional schools in the Eimeo & Bucasia area for added support.

Once the meeting with the Mayor and associated Council Members has taken place, we have hopes that a favorable outcome can be made towards the park’s development.  In turn, it will mean the boy’s will then start to learn the process of how to fund raise for the building of the facilities.  From here they will then need to approach businesses, apply for various State & Local community grants, as well as community fundraise in order to obtain the dollars required, to build a facility similar to the one located in Slade Point. 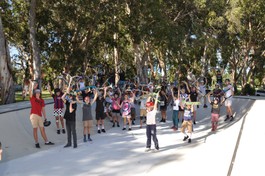 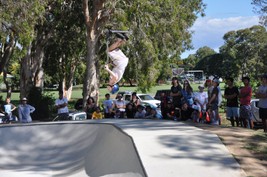 Some facts and figures

The facilities located in the suburb of Slade Point (as pictured above) has an estimated value of around $200,000 – $250,000.  We are also basing these costs on facilities built in Gladstone, where the current facilities have recently undergone additional extensions.

Located next to the local PCYC in Yaroon Street, a group of avid Skateboarders, who had grown up in the Region (and wanted to give back to the community), started the push for the expansion of the venue which was initially created in 2006. These facilities were then given in 2012, a four year extension plan, to make it the size it is today.  See below photos & click here to view the associated costs mentioned for the various skate parks constructed in the Gladstone Region.  The one pictured below is for the Memorial Park, located in Yaroon Street, which is three times the size of the one we are looking to petition for. 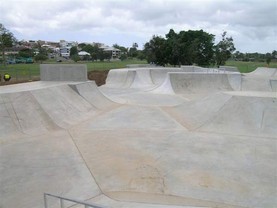 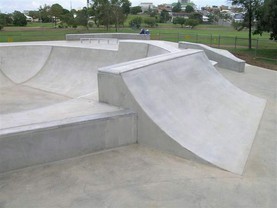 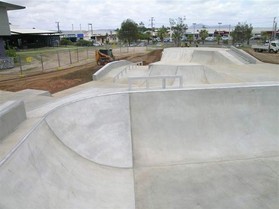 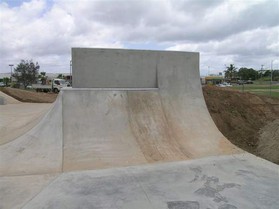 For those who live in Slade Point they are very much aware of how popular this venue is with the local youth, and this is illustrated with the fact that the local Neighbourhood Watch committee along with Mackay Regional Council and Mackay Youth Connections were major supporters of the local competition recently held in July this year, during the school holidays.

Didn’t realise how big the skate culture is here in Mackay?

Then checkout this video made by Brendan Hayles, who kindly allowed us use of his video to illustrate the recent Scooter Competition, and how events like these provide added value to the youth in our region.

This petition, & help change the lives of local kids here in Mackay.

For those wanting to keep up-to-date with the project please follow the FaceBook Page – Northern Beaches Skate Park Support Page.