Ready to bring in the ROAR!

It may be the YEAR OF THE MONKEY, but the LION’S were ROARING to spur on the Chinese New Year celebrations in Mackay.

Did you know that the lion dance has been part of the Chinese culture for thousands of years and is performed on auspicious occasions such as weddings, store openings, and various festivals and celebrations. The lion, a symbol of power, wisdom, and good fortune, chases away evil spirits and brings happiness, longevity, and good luck.  The lion dance is also performed at many business locations during the Chinese New Year’s Celebration for the lion to bring prosperity and good luck to the businesses in the upcoming year.

This year’s dancing lions surely delivered in the dance department! Mackay City Centre celebrated ‘Summer in the City’ by delighting the senses – by the sights, smells and tastes of Asia on Saturday the 20th of February. And as per the last three years, the exciting Chinese New Year celebration were held at the Victoria Street Markets form late after to evening.

Recent Facebook promotion of this event, in one week alone, cited as reaching more than 14,000 people by Mackay Regional Council. With this sort of online support it’s possible the 2016 celebration will be even bigger this year.

Set to be a celebration of our region’s multiculturalism, it only highlights how Mackay proudly embraces its residents from around the world.  Particularly given almost 800 residents became Australian citizens last year!

Events like Chinese New Year are a wonderful opportunity for residents to celebrate and learn about our region’s many cultures, and celebrate we did, with this year’s event estimated with an attendance rate of 6,000 people in the Mackay City Heart. 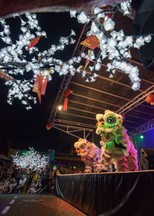 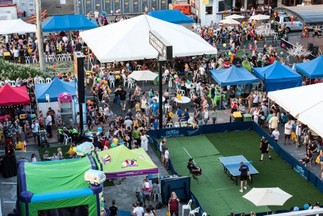