SOUTHERN media outlets were hounding MECC boss Mark Fawcett over the past few days, asking why KISS was coming to Mackay.

But their lack of faith in the region proved fruitless after Mackay successfully hosted a bigger and better show than the Brisbane concert.

The concert’s success has paved the way for more big-name acts to come to the region, starting with fellow glam-rockers Motley Crue, who have already told their managers they want to come back to Mackay.

Although the number of people through the gates hasn’t been tallied yet – as there were three ticketing companies selling seats – Mackay Entertainment and Convention Centre manager Mark Fawcett said it was in the vicinity of 12,000 people.

It was a huge test for the Mackay Virgin Australia Stadium but there were only a few teething problems, Mr Fawcett said.

“We want to look for continuous improvement.

“We might look at spreading out the food voucher stalls so it’s more of an even spread.”

For businesses, the concert meant a huge increase in foot traffic through the doors of shops over the entire weekend.

“It proves that we are a multi-dimensional region,” she said.

“It also shows how far we have come. Ten years ago there wouldn’t have been a facility in Mackay capable of hosting an event like that.”

Mr Fawcett has been at the helm of organising the event since its early days, when he first secured the gig for Mackay. He said the concert also would have been a huge boost for the Virgin Australia Stadium.

“We had a vision from the very start about this. 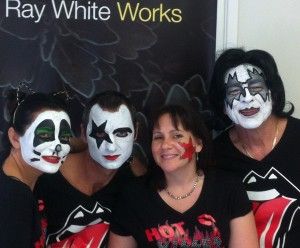 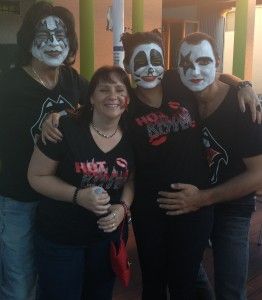